Panamax was released publicly earlier today, and I think it’s a really cool tool for managing, controlling and connecting Docker containers in a simple and efficient way. Panamax uses Docker best practices in the background, providing a friendly interface for users of Docker, Fleet & CoreOS. Yes, user friendly. No more command line, unless you really want to 🙂

There are great instructional videos on the Panamax wiki here, here and here, but to get started really quickly you can use the following commands to install everything that you need to get Panamax up and running immediately. I do recommend watching the videos as well, they’re full of great information about how Panamax works and how it’s used.

We’re gonna use Homebrew (if you don’t already have it you’ll love it soon) and Homebrew Cask (awesome tool for installing and managing hundreds of apps) to install everything needed, instead of downloading files, clicking, and installing applications manually 🙂

And finally, install and initialize Panamax: 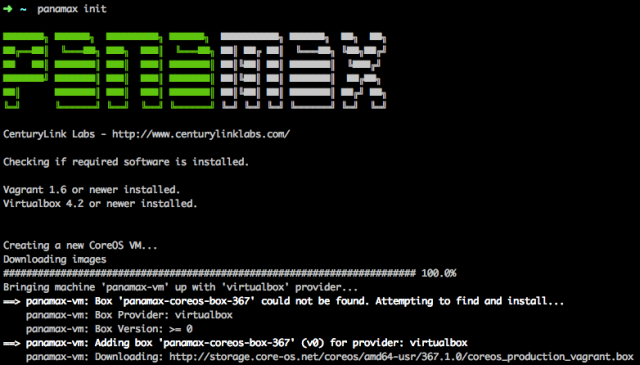 After a few minutes, a browser window will open and show you your own Panamax environment, and you’re now ready to start using it! 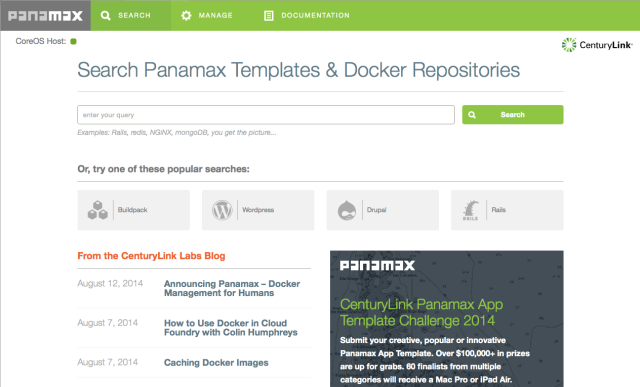 That’s all there is to it, now head over to the Panamax documentation and read up on how to use it, and perhaps even win a Mac Pro or an iPad Air? 🙂